10 steps to get driverless cars on the road 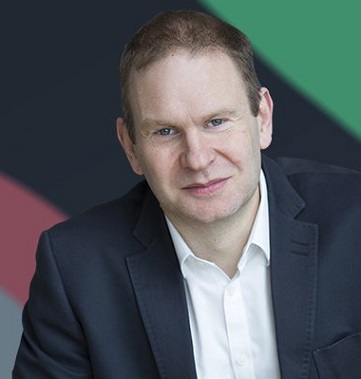 A few eyebrows were raised at the Chancellor’s recent announcement that driverless cars will be cruising the roads of Britain by the year 2021. While the technology is fast evolving and on-road pilots are already taking place, the reality of embedding driverless cars into our country requires a serious overhaul of many aspects of our social and economic infrastructure. This will impact everything, from insurance and loans to the jobs market, not to mention legislation and jurisdiction. Are we ready?

At Nominet, we are already working towards creating infrastructure to support driverless car deployment. We believe in the viability of autonomous cars, but are also wise to the complicated nature of creating the right systems of support to realise the dream. I’m impressed by the Government’s optimism, and hope they are now sitting down to consider the ten things that stand between them and their ambitious target.

It seems almost a given that autonomous vehicles will be electric. They will need charging regularly from a power supply that needs to seriously increase capacity to cope with an influx of demand. It takes the whole of Electric Mountain (Dinorwig Power Station) to handle the power demands of kettles boiled during Coronation Street – imagine plugging in 10 million cars after the rush hour. The National Grid has warned that by 2030 electric cars could require up to 8GW of additional capacity if they are not charged smartly (i.e. outside of peak times, like after work). By contrast, the Hinckley Point power station will only add 3.2GWh to the system’s capacity, while Electric Mountain can only add an additional 9.1GW for an hour. Where will the shortfall come from?

Our current models of insurance and liability are outdated; not fit for purpose in the face of autonomous vehicles when the human is no longer the one being insured. The complicated web of responsibility, liability and ‘blame’ needs to be untangled and set down in law, although some car manufacturers such as Volvo have already confirmed they will take full responsibility if one of their self-driving car crashes. What does this mean for insurance companies? KPMG predicts the personal auto insurance sector could shrink to 40% of its current size within 25 years as self-driving tech reduces accidents.

Driverless cars will need rules to abide by and restrictions to understand the environment and the context of their driving. This needs to be different in urban or rural environments to reflect the differing conditions. We should also identify when and where autonomy is permitted, based on risks and infrastructure. Even adverse weather can be a cause for concern, reducing the range and accuracy of the sensors. The cars need real-time instruction – and it must be as close to infallible as possible.

It’s likely that we won’t own a car in the future. An entire portion of the finance industry is based around providing loans for cars. How will this be affected? The funding of driverless cars also needs to be assigned – do the passengers contribute on each ride or does the council purchase cars for their area? Who funds upkeep and energy for the car? The RAC director has warned that “autonomy could require enhanced standards of road maintenance” – who will pay for that?

Working together is usually the only solution to a problem. Cars and infrastructure will need to communicate seamlessly if the dream is to become reality. Work is being done at an EU level on facilitating this, but it assumes everyone has a connected car. This may not be the case for decades to come: our research shows only 25% of adults would be willing to ride in a driverless car in five years.

The level of autonomy that self-drive cars possess will attract hackers and criminals. Complicated data networks and systems provide ample points of vulnerability. How do we learn from the mistakes of the internet and create a robust ecosystem that’s invulnerable to attack? It is already proving complex. The Government has released guidance on cyber security for connected and automated vehicles, but offered no guarantees of protection. Even earlier this year, Trend Micro identified automotive hacking techniques, becoming the latest in a long line of researchers flagging serious security flaws, one of which prompted Jaguar to recall a released car.

We have hundreds of laws that relate to the driver being in charge of a vehicle when prosecuting those at fault. The entire system will need an overhaul and a moral framework created to assign blame in situations when an accident is unavoidable. Germany has already tackled this issue head on, publishing a report on how cars will be controlled and programmed in the future. The guidance places human life as a top priority and declares cars will never have to discriminate over who to save, with the human ‘driver’ taking responsibility for all crashes unless they are caused by system failure.

Do we really want tech giants running our transport systems as well as our technology? There are already concerns that the titans of Silicon Valley are too involved in almost all aspects of our lives – will we let them control our vehicles too? This could be the point at which we decide to resist the influence of the biggest players. There could also be a case for taking up with the car manufacturers over the tech companies; the former seem to be taking the gradualist approach, while the technology companies are placing all their faith in the software. Gradual adoption is likely to be the only secure and viable means.

Millions of people rely on driving vehicles as a profession. What will be the impact of driverless car adoption on taxi drivers and truck drivers? How will our social system and economy cope with millions becoming unemployed overnight? The Chancellor said the solution was to “ensure people have the skills and capability to take up new careers”, and the rise of driverless cars is predicted to create 320,000 new jobs. That said, the social ramifications could be huge – and will people want to change jobs?

There will be a great rush to create and release driverless cars onto the roads, but do we have measures to ensure a vehicle is road safe? How many hours driving do algorithims need before being permitted to be used? Researchers suggest that tests will need to prove with 80% confidence that self-drive cars are 90% safer than human drivers for consumers to accept them.

Autonomous vehicles could provide our country with an amazing opportunity in the digital future, but the incredible technology will only get us so far. Legislation and logistics are crucial linchpins in supporting this revolution and ensuring the benefits are unlocked safely and sustainably.