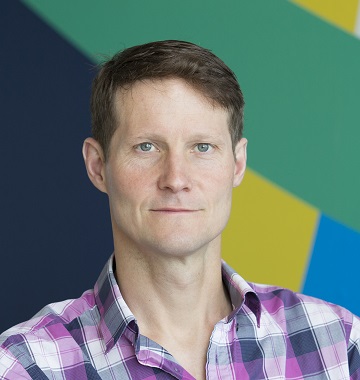 I’ve been Nominet’s lead on international policy for about a year. It takes some time to get used to the spaghetti soup of acronyms and unusual (read unexpected) way that things work in a role like this. However, once you get into it, it is surprisingly interesting.

This weekend is the start of the ICANN60 meeting in Abu Dhabi. One of the items on the agenda, once again, is the planning for further Top Level Domains (TLDs); the part of an internet address after the dot. One of ICANN’s founding objectives was to introduce more choice and competition to the TLD addresses that were established before ICANN was created, such as .com and .uk.

The last round of applications for new TLDs was in 2012 and the complicated process whereby ICANN awards a registry contract is in the final stages now (yes it has really taken that long). For example, over a dozen different parties applied for each of the .app and .music TLDs. How does ICANN decide who should be awarded these unique and potentially very valuable pieces of internet real estate? The process of resolving this ‘contention’ compares unfavourably with the progress of glaciers in the same period.

In addition to the new TLD planning, a significant part of this Sunday is being devoted to discussion of an independent arbitration won by Amazon.com. This found that ICANN’s decision to disallow the creation of the .amazon TLD (plus equivalents in Chinese and Japanese) due to objections from Brazil and Peru was unfounded on public policy principles and ICANN’s own constitutional processes.

The basis of the Brazilian and Peruvian objections was that ‘Amazon’ is a geographic term – these are protected. In the 2012 Applicant Guidebook, geographic terms were defined by reference to the International Organization for Standardization (ISO), a United Nations (UN) agency. ISO publishes a list known as the ISO 3166 standard that sets out official country names according to the UN, the official names for sub-divisions of countries, a two-letter reference for every country (the alpha-2 list, used for example in postal addresses), a three-letter reference for every country (the alpha-3 list, used for example in passports) and a four-digit reference for use when Latin characters can’t be used for some reason. As confirmed by the independent review, ‘Amazon’ doesn’t appear anywhere on the ISO 3166 list, nor does there seem to be any valid public policy reason for it not to proceed. However, for the time being it remains blocked.

As we continue to review the results of the 2012 round of TLD applications and debate whether the geographic protections in their current format are appropriate going forward, more curious outcomes become apparent. It seems that .vodka is allowed but not .gin, as the latter is the alpha-3 code for Guinea.

It’s not just geographic terms which are blocked from being created as a TLD; terms which are offensive to public morality or reserved for ‘special use’ are also blocked. Seemingly randomly, the special use terms include .onion. This is reserved at the request of another standards organisation, the Internet Engineering Task Force, as part of the Tor internet privacy project (the O in Tor apparently stands for Onion).

So that’s the connection – neither Amazon, gin nor onion are able to be used as an internet TLD, unless that changes at the ICANN meeting in Abu Dhabi this week. We shall have to wait and see!