Becky Pinkard CISO: ‘Women are just as deserving as anyone else’ 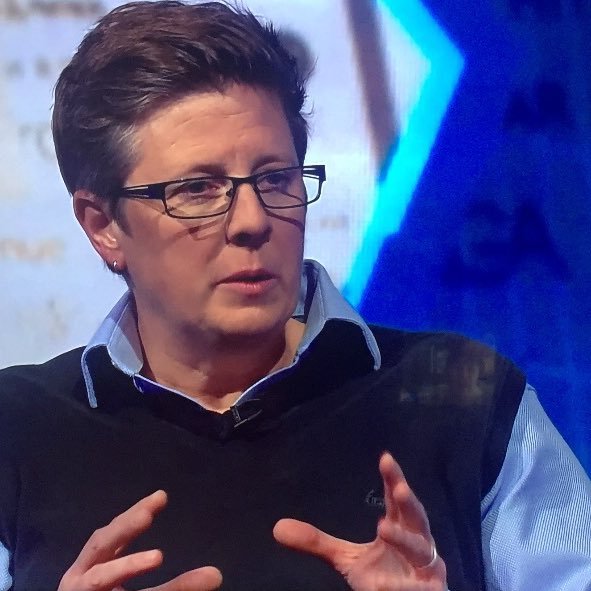 Becky Pinkard’s CV creates an image of an ambitious and brutally single-minded executive who clawed her way up from being a psychology graduate in small town Texas to a top international CISO, via roles at BlackBerry and Verizon. She was even headhunted and re-located to the UK to be Global Head of Attack at Barclays, and now takes charge of cyber security at Aldermore Bank.

But then you meet Becky in person, and the softly spoken woman proves to be cautious, thoughtful and very honest. She quickly admits she was a “naïve and innocent” youngster who cried herself to sleep from the age of 14 because she didn’t know what she wanted to do with her life. “I only went to Texas A&M University because they offered me a scholarship – and studied psychology because it seemed interesting and not too much work.”

Her lack of early purpose could have been the product of her old-fashioned, religious upbringing: “I remember my Grandma telling me that women were on this planet to serve men,” she recalls, “that was how we were brought up.” She seriously rocked the boat by announcing, at the age of 19, that she was gay, causing her parents to cut her off completely.

“I had to get four part-time jobs so I could fund my way through college, as my scholarship wasn’t renewed after my first year,” she explains. “I was angry for a long time, but eventually I chose to let go of things like that. Carrying all that resentment is more of an effort that it’s worth. We are back in touch again now, that’s what matters, and I think they just did the best job they knew how.”

Her father was a policeman; Becky suggests it could be the reason for her youthful obsession with spies, the only part of her childhood she can connect with her current profession. “I was always fascinated by codes and ciphers when I was little,” she says, “but my passion for tech was really lit when I was working for the travel agency, my first job out of college.”

In an office of older ladies, Becky inadvertently became the resident ‘tech expert’. “I was the only one who could show them where solitaire was on their computers,” she recalls. She started fiddling around more on her own machine, “and my mind was blown by the networking capabilities of computers,” she says. “I couldn’t get enough of it. I borrowed books and messed around by myself. That was when I really knew what I wanted to do.”

With limited courses available to study computing, Becky simply sought jobs and asked questions, working her way up in technology roles by always getting involved when she saw an opportunity to help. “I went to a training course at the SANS Institute and loved it so much that I asked them if I could teach too, if I could help somebody else,” she says. It was a job she did for 14 years, and one that introduced her to a woman who would at last help to break her inaccurate assumptions of her own self-worth.

“I was headhunted for the job at PepsiCo,” she explains, “and the lady raised my salary by about US$30,000 immediately. She told me, ‘you’re underpaid’. That was when I started to realise that women are just as deserving as anyone else. I also started to have big ambitions – I wanted to be a CISO.”

She has been doing the role at Aldermore since May and describes it as “fascinating. Being a CISO in financial services is so interesting because regulatory framework impacts how we view risk.” Becky is also tickled by the curiously unformed role of the CISO – “there are literally no guidelines as to what the CISO actually does, so all bets are off really.”

That said, she suggests there are common traits: “A CISO needs to be curious, empathetic, and driven to solve problems. I also can’t imagine trying to do this job without a technical background. It helps that no one can slip nonsense past me.”

It’s an image far removed from the naïve teenager who despaired at her lack of direction, and Becky’s journey is remarkable in its own way. It’s also one that she is now proactively sharing in the hope that it will reassure and inspire other women to chase their ambitions and believe in themselves.

“I’ve met so many women who have had such horrible experiences that it feels important to be doing something to help them,” she says. “I want women to know that they are just as deserving as men, that if you don’t ask you don’t get – and that it’s ok to not know what you want to do with your life.” She has helped to establish WEDS (We Empower Diverse Startups), a network of women in start-ups who believe diversity and inclusion in the workplace are essential to drive success and happiness.

Becky has achieved both. She has emerged from a sheltered upbringing to become a high-ranking technology executive and a happily married mother of three. Even better, she has gained confidence and self-belief without picking up an ego. “I wake up each day to be a better person,” she says when asked what drives her. “To be honest, I just want to help people. There is no greater satisfaction really.”