Can drones be used as part of an Internet of Things network? 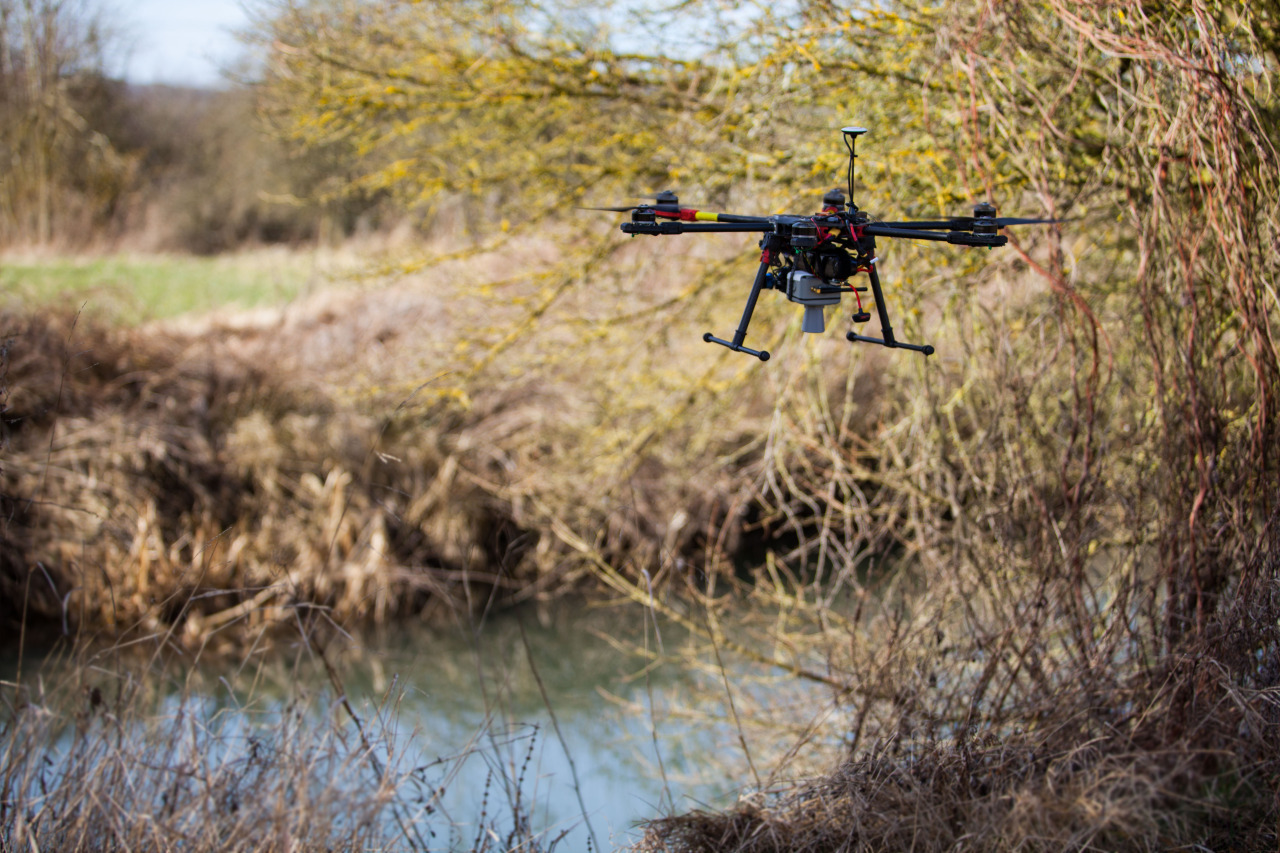 So when we started to discuss if drones could be usefully deployed as part of an IoT application, collecting environmental data and communicating it in real-time over the Internet, we decided to try it and see.

The Oxford Flood Network is a fixed network of ultrasonic sensors connected through a low power wide area network (using licence-exempt ISM frequencies) to a gateway connected to the Internet through TV white space (TVWS). Supplementing this fixed network with a dynamic element opens up many interesting possibilities. However, before exploring these opportunities we wanted to see in practice what the challenges would be in using a drone, for example:

So what did we do? 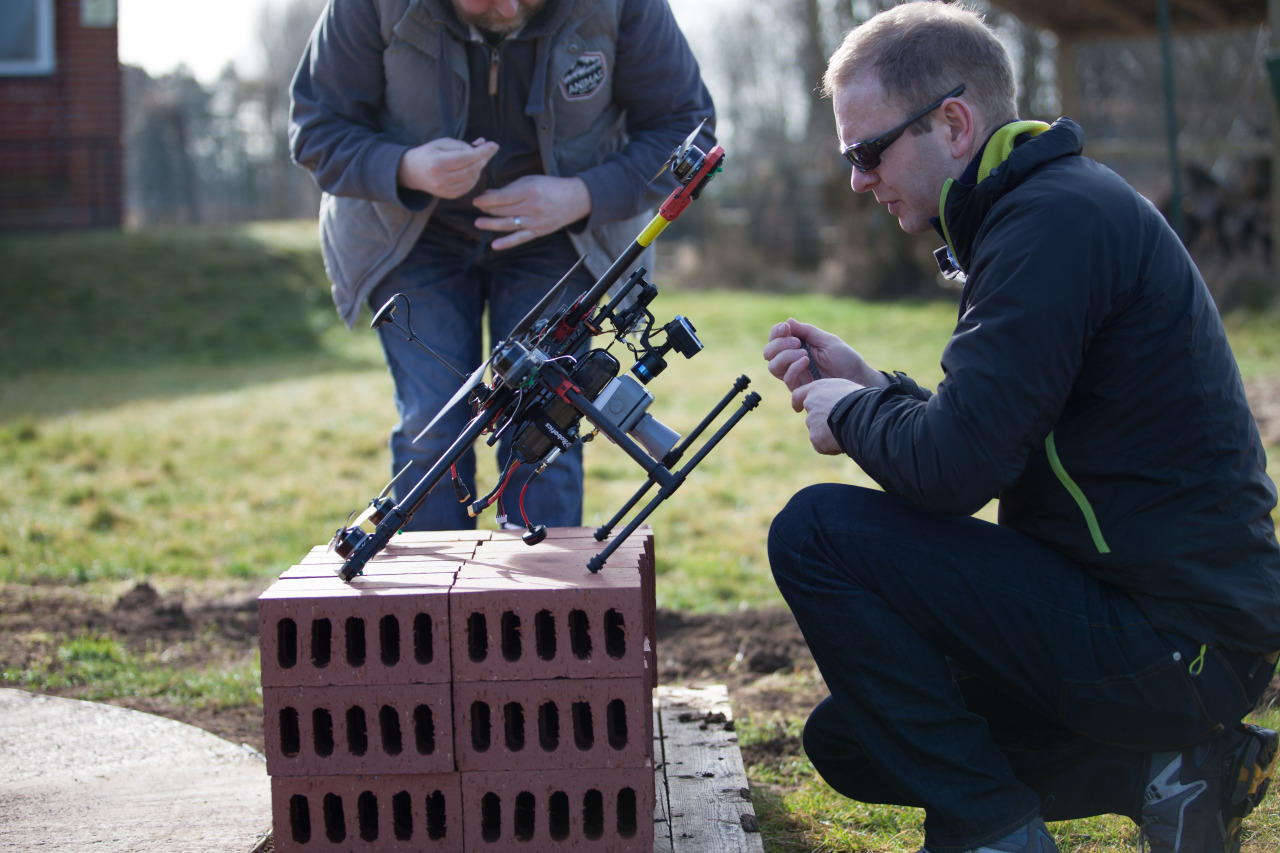 We attached an ultrasonic sensor used and developed for the Oxford Flood Network to a drone.

The drone we used was a 680-class, piloted hexacopter, based on a Tarot frame, powered by a DJI Naza-M core and T-Motor 680kv motors with 12″ carbon fiber props. Radio uplink is via 2.4Ghz and video downlink via 5.8Ghz. 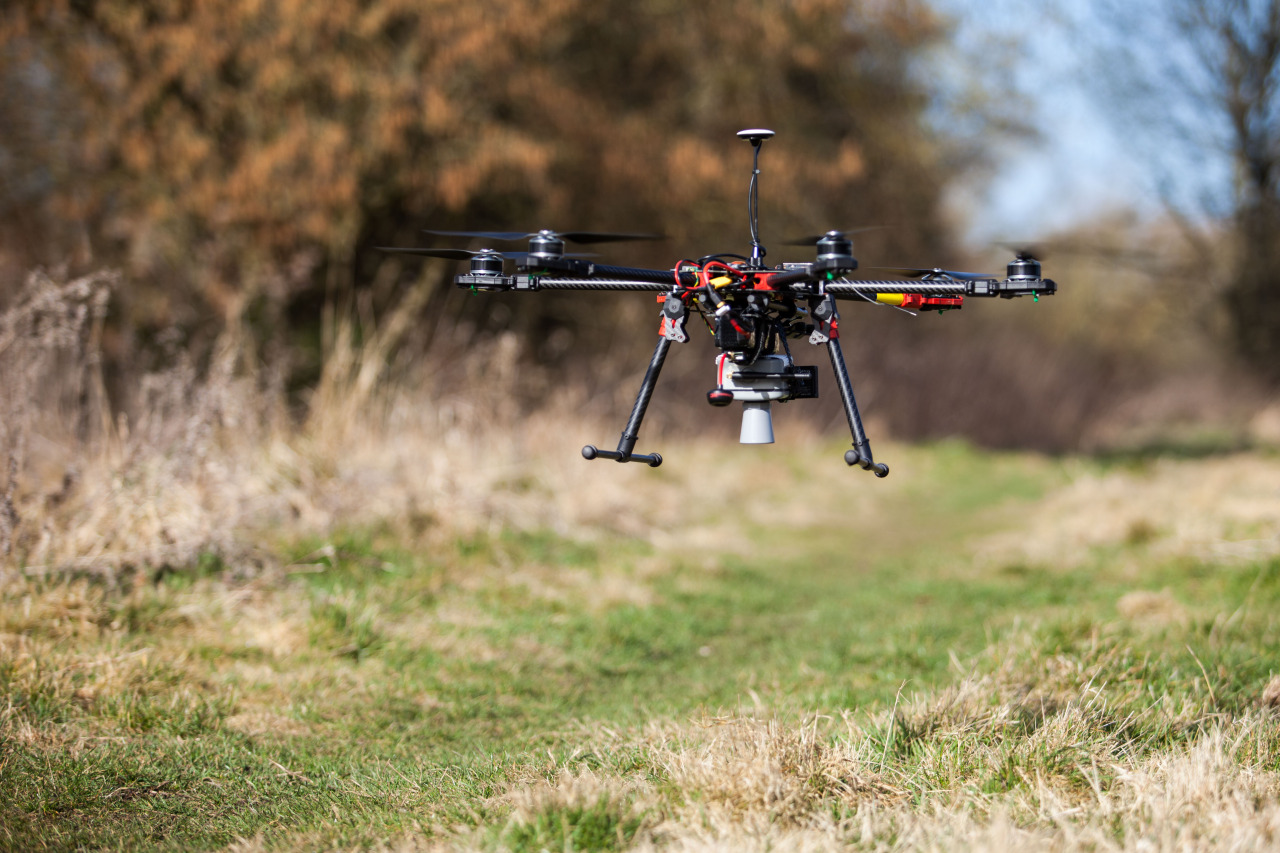 Following a quick test flight to ensure that the drone could support the additional load, receive a connection from the sensor radio and that the signal didn’t interfere with the control channels used by the drone we headed over to the river. 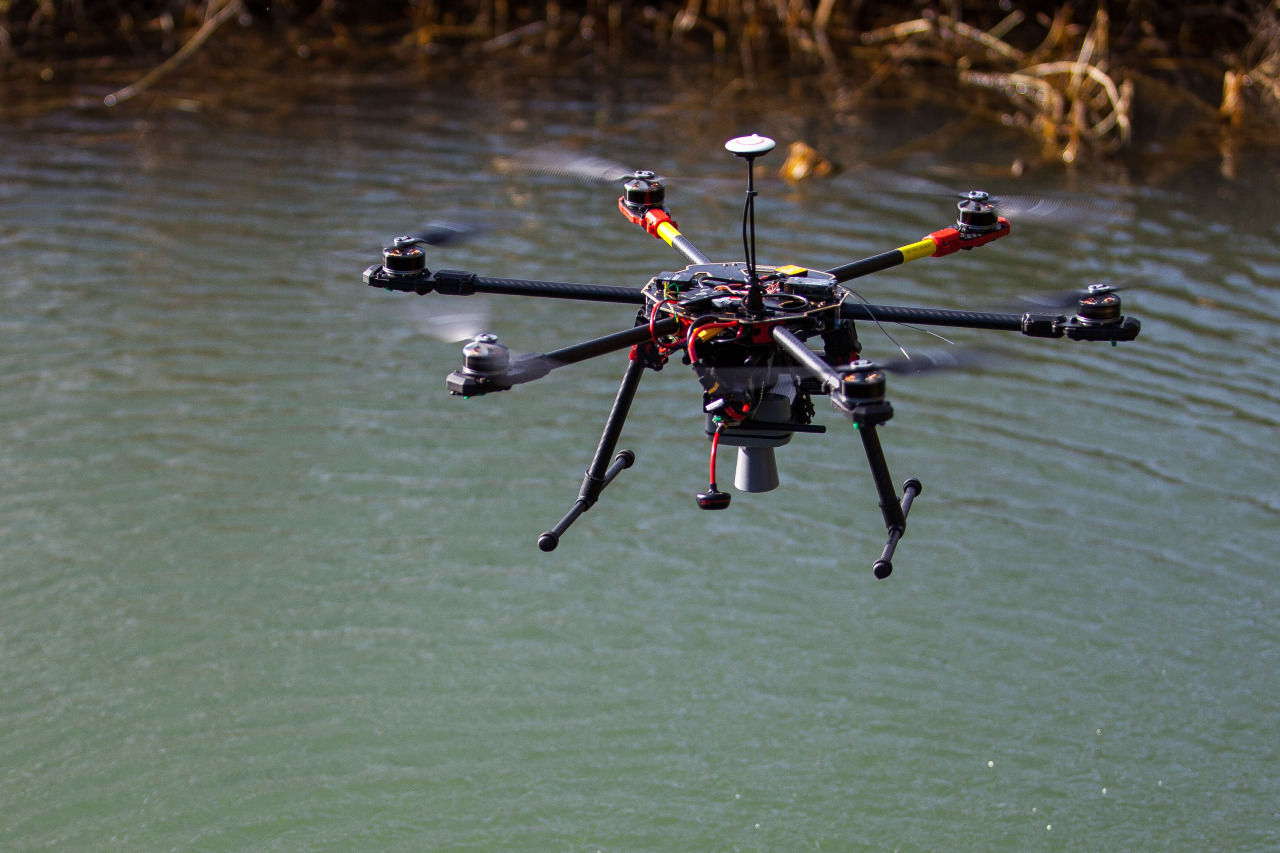 Now that the drone was over the river, we used the in-built GPS to determine when the drone was at the required height to take the river level reading. The drone then had to hover in a stable position for one minute for the sensor to take the reading.

Success! At 11:19 on the 10th March the Oxford Flood Network successfully received the river level reading from ‘Nominet Drone 1’. 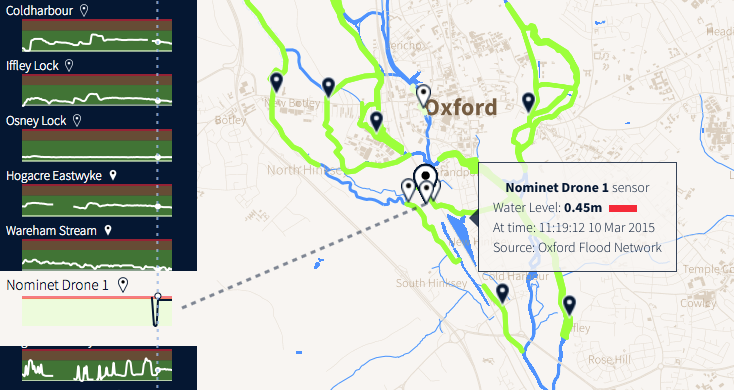 Our modest test flight showed that it is possible to use current drone technology to collect environmental data and send it over the Internet. Of course there are still technical challenges to solve before such a system could be used in practice but opportunity for innovation so an area we plan to explore further.

If you have an idea on how drones could be optimised for use in IoT we would be really interested to hear from you.