Driverless cars are driving into view

Cars, like so many innovations, were not universally well received when they appeared on roads in the 19th century. Due to their alarming speed, each vehicle needed a pedestrian to walk ahead of it waving a red flag. This horseless carriage wouldn’t catch on, many warned.

Time has proved the naysayers wrong, and we are now approaching a new frontier for the life of the car as connected autonomous vehicles (CAVs) move ever closer to becoming a reality. The Society of Motor Manufacturers & Traders (SMMT) believes the self-driving car industry has the potential to bring a £62bn economic boost to the UK economy by 2030, not to mention position the country as a world leader in this technology as well as tackle some key issues such as emissions, congestion and isolation.

According to the Department of Transport’s recently published engagement report into the public attitudes towards driverless cars, people are becoming familiar with the idea of CAVs and recognise automation as an inevitable technological progression. That said, many still question whether the transport infrastructure will be ready; they view the path to an automated road network as complicated.

And it is a complicated task, but it is also one well on its way to being completed thanks to projects like DRIVEN, which has been exploring the ecosystem of a fleet of CAVs in two of the UK’s busiest cities – Oxford and London. Approaching its end after two and a half years of work, the project consortium – including Nominet – came together at the Olympic Park in Stratford last week to showcase the exiting work we have been doing.

In all, over 200 people were able to take a ride in the autonomous vehicles around Stratford during the week-long event, while partners provided presentations and demonstrations of their work. Encouragingly, riders reported the car experience was reassuringly boring; music to the ears of those who are working so hard to ensure safety and security.

Yet, to paraphrase Oxbotica’s Dr Graeme Smith, it’s not all about the cars. While the vehicles certainly steal the show at events like these, the project is so important because it is far broader than the act of creating a car that operates without a driver. DRIVEN is looking at the whole connected autonomous vehicle (CAV) ecosystem, from transport authorities and local councils to data trading, cyber security, connectivity and real-time insurance. This not only makes the project unique, it also represents a true step towards deployment, with this project serving as an important milestone in the journey to driverless cars becoming the norm.

This was only achieved by the breadth by the consortium of specialists and experts from a variety of industries that came together for the project. Led by Oxbotica, the collective included Nominet, AXA XL, Telefonica, TRL, the University of Oxford, RACE, Transport for London and Oxfordshire County Council. Additionally, the varied but overlapping work of all was being done with cars in complex urban environments – anyone who knows London and Oxford will attest to the challenging driving conditions. Projects like DRIVEN are vital to ensure we understand the difficulties and are finding workable solutions.

Nominet’s area of focus during the project was cyber security, deploying existing security technologies such as Nominet’s own DNS analytics tool NTX, but also developing new software to help CAV fleet operators minimise the threats to operations. In basic terms, we built a platform that underpins the three core facets of a CAV cyber security framework: risk identification and protection, threat detection, and response/recovery if a security event is detected.

Risks and threats to CAV systems can be wide ranging and diverse, from infrastructure and vehicle network threats to emerging cyber-physical threats that target the sensors of an autonomous vehicle. For instance, a communications-jamming attack could leave an automated fleet without remote monitoring or ability to change objectives mid-journey.

Some of these types of threats can be localised in time and space – such as the presence of a roadside signal jammer– and so we created a dynamic situational risk map which informs operators on the potential risk of their planned route.

Although DRIVEN has successfully demonstrated a key milestone towards an autonomous future, we are quickly moving on to the next step. I’m excited that my Nominet team and I will be able to take all our learning into a new project, Endeavour. This £15m venture, supported by InnovateUK and spearheaded by Addison Lee Group, plans to commercially operate a fleet of ten autonomous ride-sharing vehicles in London’s Greenwich.

There is little doubt that autonomous vehicles will be a part of our future. That said, the dream will only be achieved if we prepare the country’s infrastructure to cope with and manage this complex approach to transport. Projects like DRIVEN are vital steps towards this goal, bringing together many minds and a variety of experts to approach the challenge from every angle, lending their expertise to a wide variety of issues. Only then can we find solutions, prepare our country and reap all the far-reaching rewards the CAV ecosystem will bring.

If you’re attending ITS World Congress 19 in Singapore, find DRIVEN in the UK Pavilion to see our technology in action.

Can we trust our cars to drive… 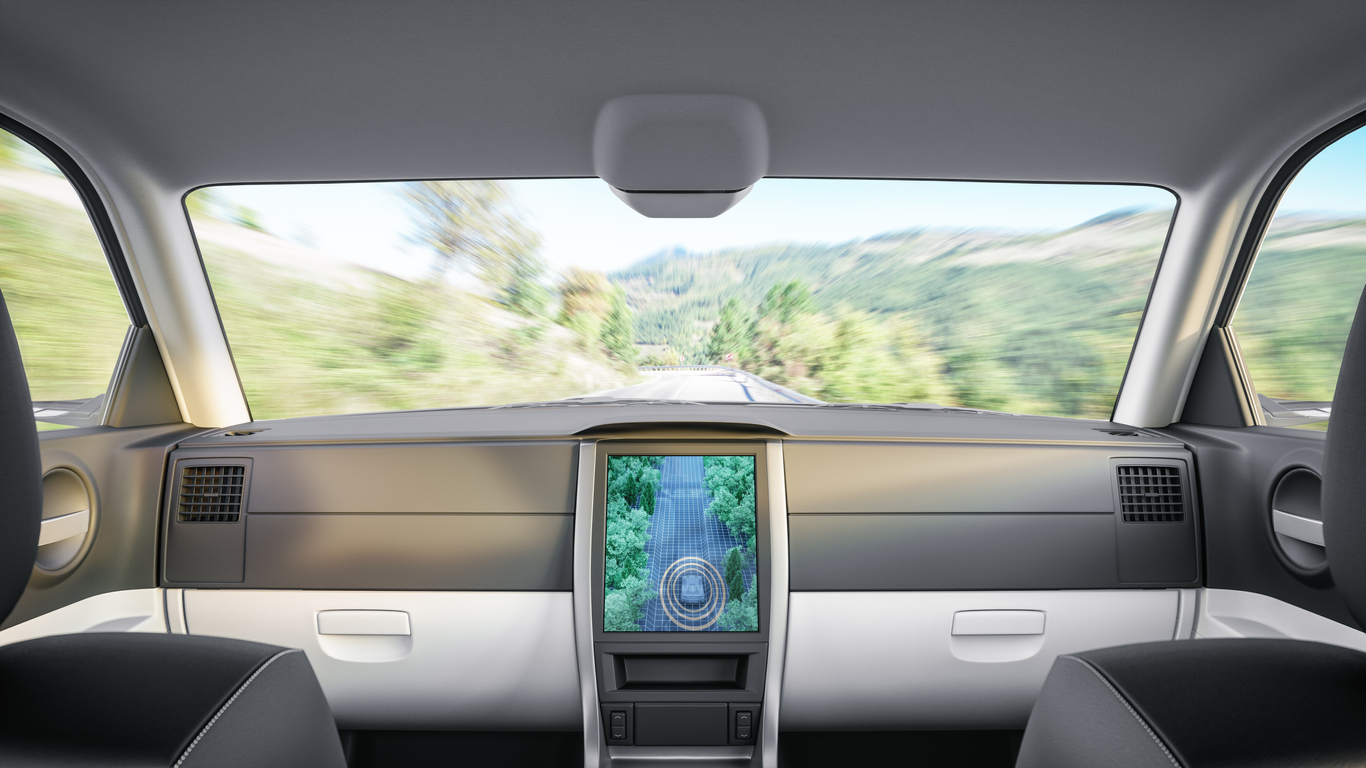