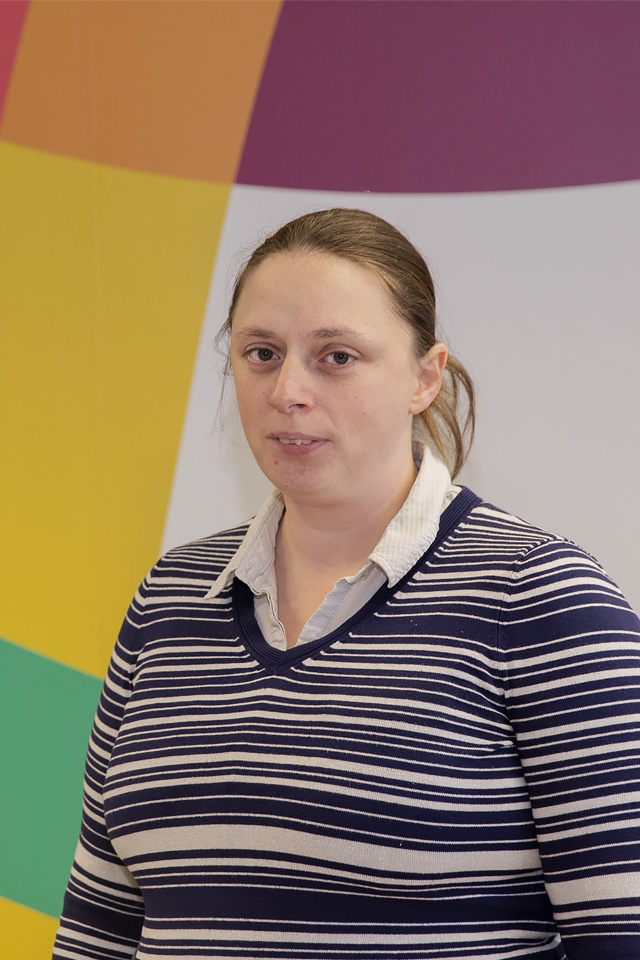 As a child, I wanted to be a botanical researcher. I loved being outdoors and used to visit the botanical gardens near my house all the time. My grandma inspired me to change my mind and helped me get interested in science. She lived in the country and we would look at the stars together, which led to an early fascination in astronomy.

Unusually for the era, both my grandmothers had worked in science: one as a lab technician and one as a researcher in speech therapy. I have two brothers, but neither went into technology as a career. My mum was a vicar and my dad looked after us kids, although he had been a maths teacher.

My aptitude for science and maths led me to study physics at university, but I didn’t enjoy it, and switched to software engineering after the first year. As soon as I did my first bit of programming, I knew this was what I had been looking for. I like solving problems and building stuff that works, and programming gave me the opportunity to do both. It was my little eureka moment.

It wasn’t until university that I realised the STEM gender gap was a real thing. I’d been at an all-girls boarding school, so it had never occurred to me that girls couldn’t do science and maths or would be steered towards other subjects. It was quite an eye-opener when, on my university course of 150 students, the number of females was in the low single figures. It never bothered me though; no one ever made me feel uncomfortable.

I’ve never faced any discrimination for being a woman in tech although I believe it exists. Maybe I’ve just been lucky with the companies I’ve worked for. I’ve had two children, and that hasn’t impacted my career progression. In fact, I got a promotion while I was on maternity leave! I now work four days a week and definitely appreciate working for a company that is flexible; it makes childcare easier to manage.

I think the gender disparity in science and tech jobs is a modern concept. Women used to do a lot of programming. I like reading about the many bad-ass women programmers throughout history – and you don’t have to go all the way back to Ada Lovelace to find them. There have been plenty of inspiring women since Ada, such as the women at Bletchley Park or NASA.

I love a puzzle. I work as an Operational Applications Manager and always think software is really just a giant puzzle that needs solving. As technology is always changing, I am always learning new things and encountering new problems to remedy. I listen to podcasts about new technology when I cycle into work each day and these inspire me to try fresh approaches.

I think tenacity and enthusiasm are two of the most important attributes for a role like this. It also helps if you can communicate well and are able to see the bigger picture, so you can understand how things link together. I used to conduct interviews for new hires and one question was crucial: what project are you most proud of? It showed me whether a person was passionate – those are the people you want.

The best way to see if you’d enjoy a role in technology is by trying it. Make things, fix things, or even join an open source group and get involved. You just need to be enthusiastic about solving problems and learning new skills. I was involved with a start-up at university to create a volunteer management system for the helpline. It really helped me develop my programming and problem-solving skills, and I ended up doing my final project on it. The business (Three Rings) took off and is still going today. It goes to show you never know what will happen with technology projects – it’s exciting.