Regulating the internet and the return of the talking shop 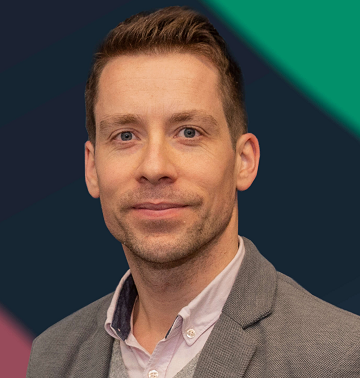 When Sir Tim Berners-Lee submitted his original proposal for the worldwide web, he envisaged an “open platform that would allow everyone, everywhere to share information, access opportunities and collaborate”. The utopian ideal has been realised, but the unforeseen growth and infiltration of the internet has left Berners Lee – along with many policy makers –  increasingly concerned about trends that threaten the ideals. How do we preserve the principle of openness of the internet while protecting those using it from harm?

Currently, a range of national, European and global laws and regulations impact the digital world. This year, France passed a new law tackling fake news and Germany passed laws requiring social media companies to remove hate speech, disinformation or illegal content within 24 hours. Australia and Singapore are considering related measures. Ongoing consideration of EU regulation of terrorist content is likely to be followed by regulation on other types of harmful content in other jurisdictions.  However, there is no comprehensive regulatory framework for online content.

One of the bodies grappling with these debates is the Internet Governance Forum (IGF), led by the UN. In a compelling piece in the New Scientist, Carl Miller writes about his 2017 visit to the IGF in the winter heat of Guadalajara, Mexico where he discovered (via congenial shots of tequila and a meeting with Vint Cerf) why the forum is so important, given the current state of the internet. “It is in a world of threats and power plays that the chaotic talking shop of the IGF forum is our best bet,” he said.

I re-read Carl’s article recently as I prepared to attend my first UKIGF in London in November. The misty autumnal morning was a long way from Carl’s Mexican experience (certainly no tequila) but the conclusion I came away with was much the same. This ‘talking shop’ could become more important as a way through the complicated landscape in which multiple stakeholders have interest and influence. And, more importantly, it can have an impact.

The potential for progress was exemplified during a panel discussion on a forthcoming UK Government white paper on preventing online harm (expected in the New Year). The panel included a diverse range of opinions, from freedom of expression advocates to those lobbying for increased internet safety for children, and so their opinions generated a lively discussion.

But perhaps most surprising was how ready the group were to find common ground as they aired their strongly held positions. They recognised the need to balance the definition of hate speech against legitimate freedom of expression and the importance of public oversight on how decisions are taken to improve transparency and accountability. There was also agreement on the need for a consistent duty of care and set of agreed outcomes for platforms. Without getting too dewy eyed, this felt like a model that Berners-Lee would approve of. There were clear, shared core values and aspirations for making the internet work for everyone. It drove a fascinating discussion and produced – if not consensus – some strong common ground.

In addition to providing a space for debating issues and hearing differing opinions, the UKIGF presented an opportunity to apply human perspectives to digital challenges. Automation, algorithms and AI are still unable to think as humans do, nor consider social issues and emotional harm in the way that we can as people. Real people are also more likely to be inspired or influenced by other real people in a real space. So, when 15-year-old Kari Lawler spoke about the potential of AI and made the case for initiatives to prepare her generation for an AI-supported digital future, you could hear a pin drop in the auditorium. It was a moment that, again, showed me the sometimes overlooked power of the UKIGF.

As we move into an era of new internet regulation at nation state and regional levels, there is a risk that the ‘old’ internet governance world is seen as less relevant. But while the new laws will likely be regional or national, the internet remains global and will always require multi-stakeholder input and shared commitment for true change. The question becomes, how do we ensure these forums remain relevant to contemporary challenges? The world may be getting more digital, but events that bring us face to face, like the IGF, are becoming more necessary than ever to maintain the founding principles of the internet while protecting those who use it.

Find out more about the UK-IGF and Kari Lawler, the young founder of Youth4AI.