Delving into the digital world map

It can be hard to comprehend the size and growth of the online world, a landscape which lives in ones and zeros, transmitted down cables to appear on our screens. The expansion of the internet is invisible, yet we feel the changes in our daily lives.

As a national registry, Nominet keeps tabs on the changing online world in order to understand our place within it. Each year, we visualise the size and influence of the different national registries – those running country code Top Level Domains (ccTLD) like .UK – in The Online World map [download available at the bottom of the page]. It is created using each registry’s total domains under management (DUM) figure; the size of the registry is reflected in size of the country’s landmass. This approach results in a map that isn’t quite what you expect – but this is the geography of the online world measured in DUM. 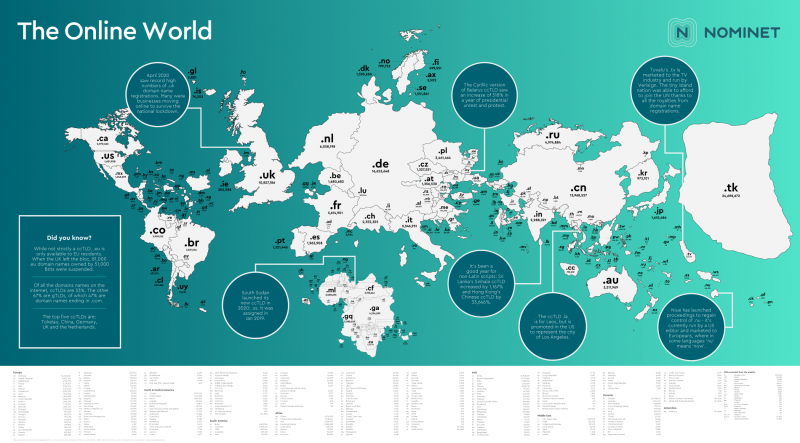 We certainly weren’t the only ccTLD to see a surge in registrations during this period. CENTR stats show there was a 20% uplift in domain name registrations at 25 ccTLDs in April 2020 compared to April 2019. Germany is a notable example: the .de namespace increased by 31,274 domain names from end March-end April; the same period in the previous year saw just 13,017. The Australian .au ccTLD also reported massive rises in domain registrations: 48,754 new domains were registered in April, which is a more than 23% increase on its April 2019 figures.

Amid all this growth, there remained stability in percentages. When we look at all domain names registered across the internet, ccTLDs have a 33% market share, with the remaining 67% being generic TLDs. Of that 67%, the vast majority (47%) are .com. This is little change year on year. The top five ccTLD registries by DUMs remain unchanged for another year: Tokelau, China, Germany, the UK and the Netherlands. It’s never a surprise to see the small island ccTLD (.tk) topping the rankings – it’s free to register a domain name – and China, with the world’s largest population and a rapidly-growing tech sector, is also an expected presence.

What’s interesting to note this year is the huge growth in Hong Kong’s Chinese script ccTLD: a 33,646% increase. Could this be linked to the political activity on the island in the past year? There was also a rise in Belarus for their Cyrillic ccTLD – a 318% increase – over a year of similarly fiery protests. But not all countries need controversy to drive interest in non-Latin scripts; the year also saw Sri Lanka’s Sinhala ccTLD DUMs rising by 1,167%.

We remain wary of drawing inferences from the data because so many things can impact the registration of domain names and which ccTLDs become popular – and why. Consider the Laotian ccTLD, .la, which grew by 341% last year. A surge of patriotism? Maybe not. The US city of Los Angeles likes to use that one and has been actively promoting it to businesses in the area.

Certain ccTLDs are marketed for different purposes, which has proved lucrative for some tiny nations enabling them to grow the registry to levels far beyond their own population. Not all ‘do a Tokelau’ and let them go for free. Tuvalu’s .tv has long been marketed to the TV industry and the country made enough from domain name sales to afford to join the UN. Such financial success comes down to agreeing the right terms with the caretaker. Consider Niue: their ccTLD .nu has been out of their hands for some years, signed over to an American editor who has found traction by marketing the ccTLD to northern Europeans, where ‘nu’ means ‘now’. Niue has now decided they want it back; in 2020 the country launched proceedings with ICANN to have it redelegated.

There was one new ccTLD in the past year: South Sudan launched .ss, which follows their establishment as an independent nation in 2011. Sadly, in a country where over half the population are facing acute food insecurity, acquiring a domain name will be far removed from most people’s daily existence. It’s a humbling reminder of how fortunate we are in the UK to be able to focus our attention on the digital world.

It’s been a challenging year for us all in so many ways, but it’s clear that ccTLD registries remain a vital part of our online world. At Nominet we’re proud of the role our industry has played supporting people getting themselves online in greater numbers, and hope the impact far outlasts the pandemic. 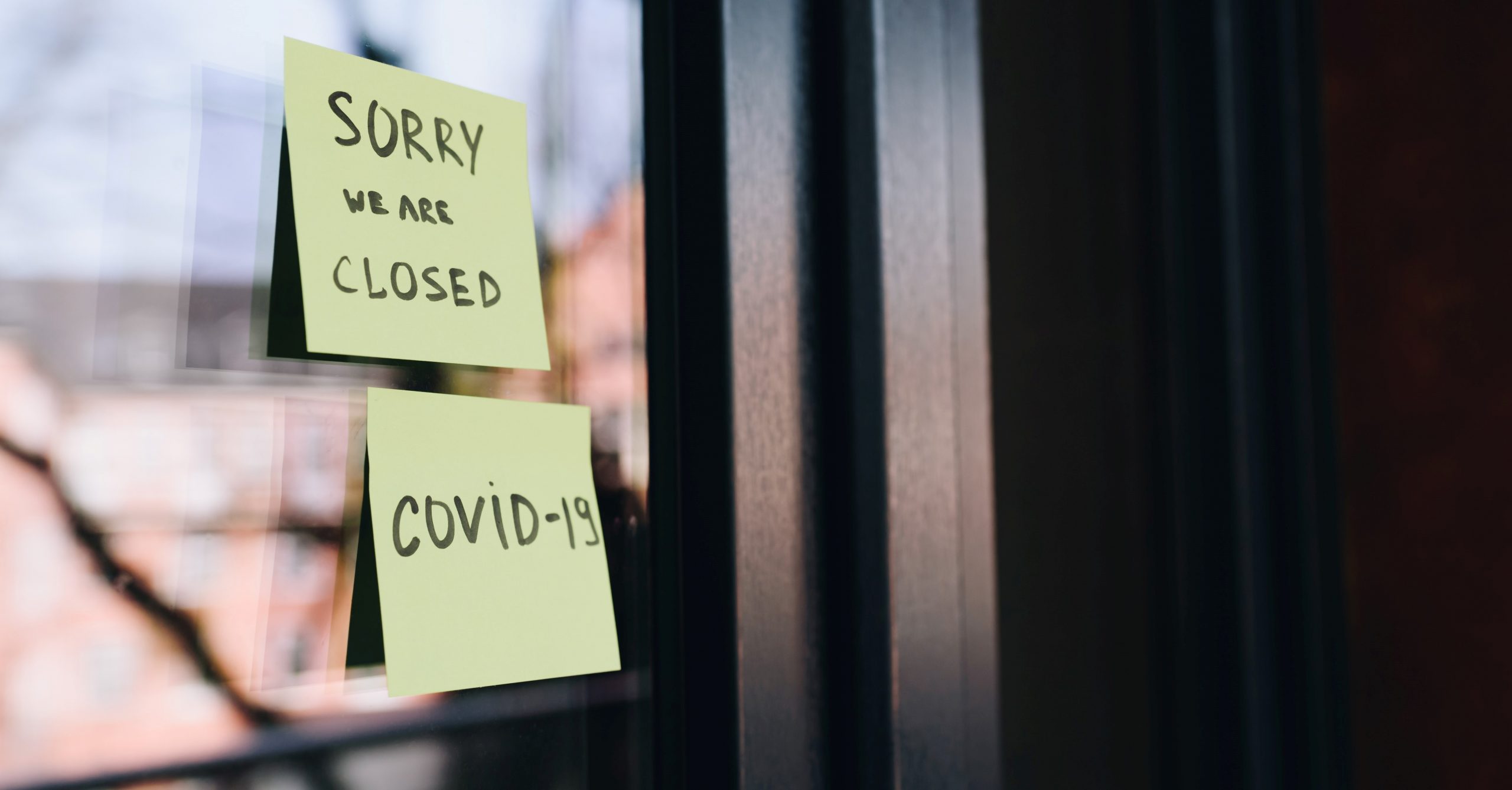