From Bungalows and Ball Games to Banking: 2018 in .UK Domain Name Disputes

Nominet, the profit with a purpose company responsible for running the .UK namespace, has today released the 2018 annual summary of domain name disputes brought before its award-winning Dispute Resolution Service (DRS), which allows .UK disputes to be settled efficiently and cost-effectively.

The year also saw a decrease in the number of disputes resolved with the domain name being voluntarily transferred to the Complainant by the Respondent upon receipt of the complaint, but an increase in the number of complaints resolved through Mediation, up from 77 cases to 93. Of the complaints made in 2018, just a single Expert decision was appealed compared to three the previous year. The outcome upheld the original No Action finding.

Brands such as Mastercard, Bloomberg Finance, Lockheed Martin Corporation, Rightmove and Superdry used the DRS in 2018. Other users of the service included The Royal British Legion, the Moulin Rouge, The Brighton & Hove Albion Football Club, and the Westfield Sports Centre in Sheffield.

A complaint filed by HM Revenue & Customs regarding a domain name containing the initials HMRC and terms related to taxation. At the time that the complaint was made, the domain name did not resolve to an active web site, although some similar ones do include fake login details to engage in phishing.  A summary decision awarded the domain name to the Complainant.

The Complainant is the world-famous cabaret, performed in a 19th-century windmill in Paris.  They filed three DRS Complaints in 2018.  One case was closed when the Respondent agreed to transfer the registration.  The Registrant of the moulinrougewinlaton.co.uk domain name is a pizza and grill takeaway in Gateshead.  A summary decision awarded the domain name to the Paris Moulin Rouge, as was reported by The Sun newspaper and featured in an episode of the BBC’s Have I Got News For You. The domain name moulinrougethemusical.co.uk was also awarded to the Complainant, with the Expert stating “Given the fame of the Complainant’s trademarks and the unique experience, location and fame of the Moulin Rouge cabaret, it is difficult to imagine any circumstances under which the Respondent may put the Domain Name to legitimate use that would not cause initial interest confusion”.

Eleanor Bradley, Managing Director of Registry Solutions at Nominet, says: “Our DRS is continuing to prove a useful tool for .UK customers and, importantly, is saving millions in court costs – over £6 million in 2018 and almost £180 million since the DRS was launched.  The efficient and transparent method of resolving disputes is thanks to the many experts who generously offer their time and expertise, as well as the robust processes we have in place. The decrease in time taken to resolve cases across the board year on year is testament to this.”

Nick Wenban-Smith, General Counsel at Nominet comments: “As many .co.uk domain holders will be aware, the Right of Registration that some .co.uk Registrants held over the corresponding .uk domain name ended on 25 June 2019. Currently the number of second level .uk domains involved in disputes is low in proportion to the number of those domains registered, but we have increased capacity to deal with any increase in disputes should there be any concern now we are at the end of that period.”

Nominet is driven by a commitment to use technology to improve connectivity, security and inclusivity online.  For over 20 years, Nominet has run the .UK internet infrastructure, developing an expertise in the Domain Name System (DNS) that now underpins sophisticated network analytics used by governments and enterprises to mitigate cyber threats.  The company provides registry services for top level domains, and is exploring applications for a range of emerging technologies. A profit with a purpose company, Nominet supports initiatives that contribute to a vibrant digital future. www.nominet.uk 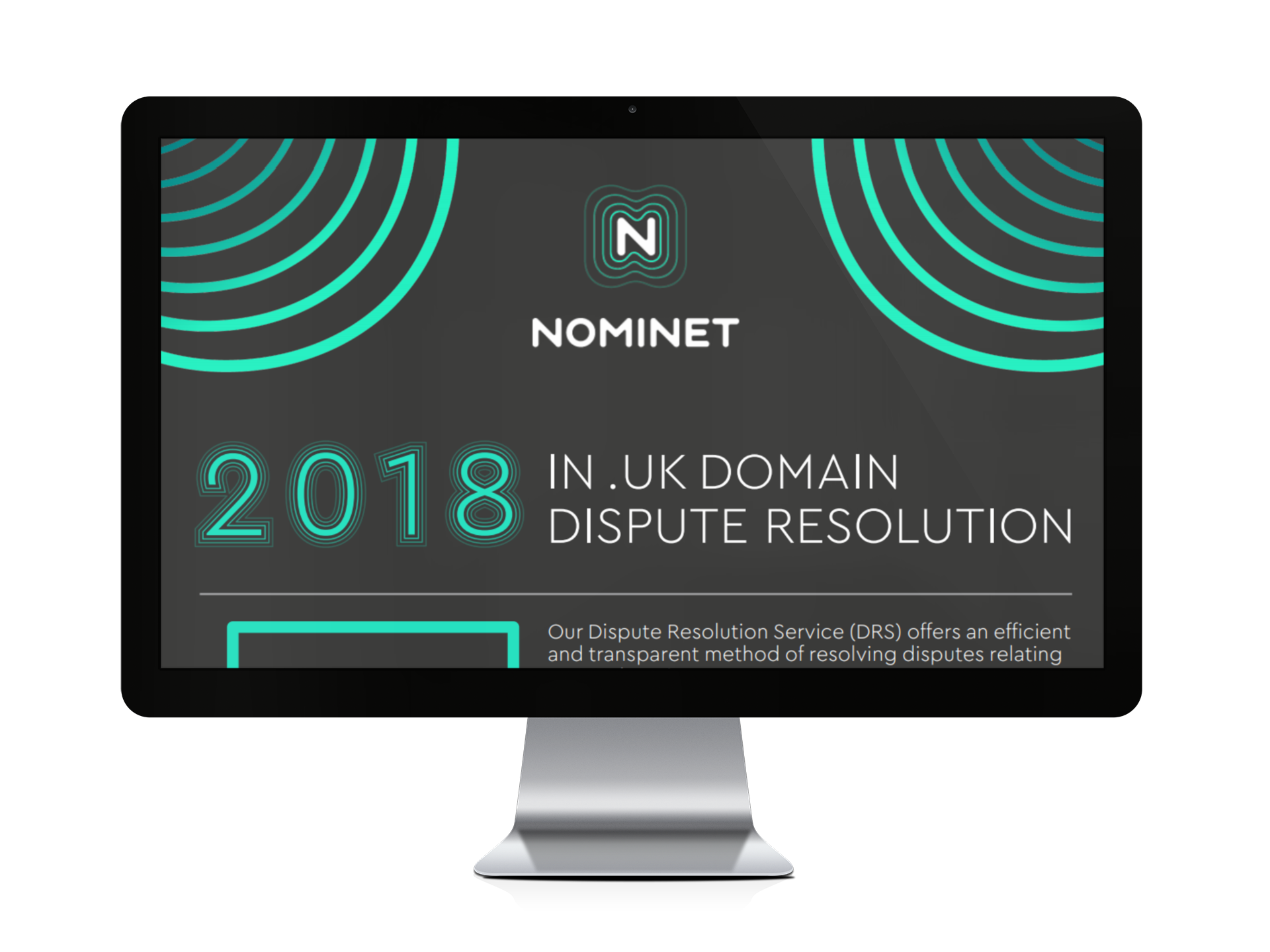