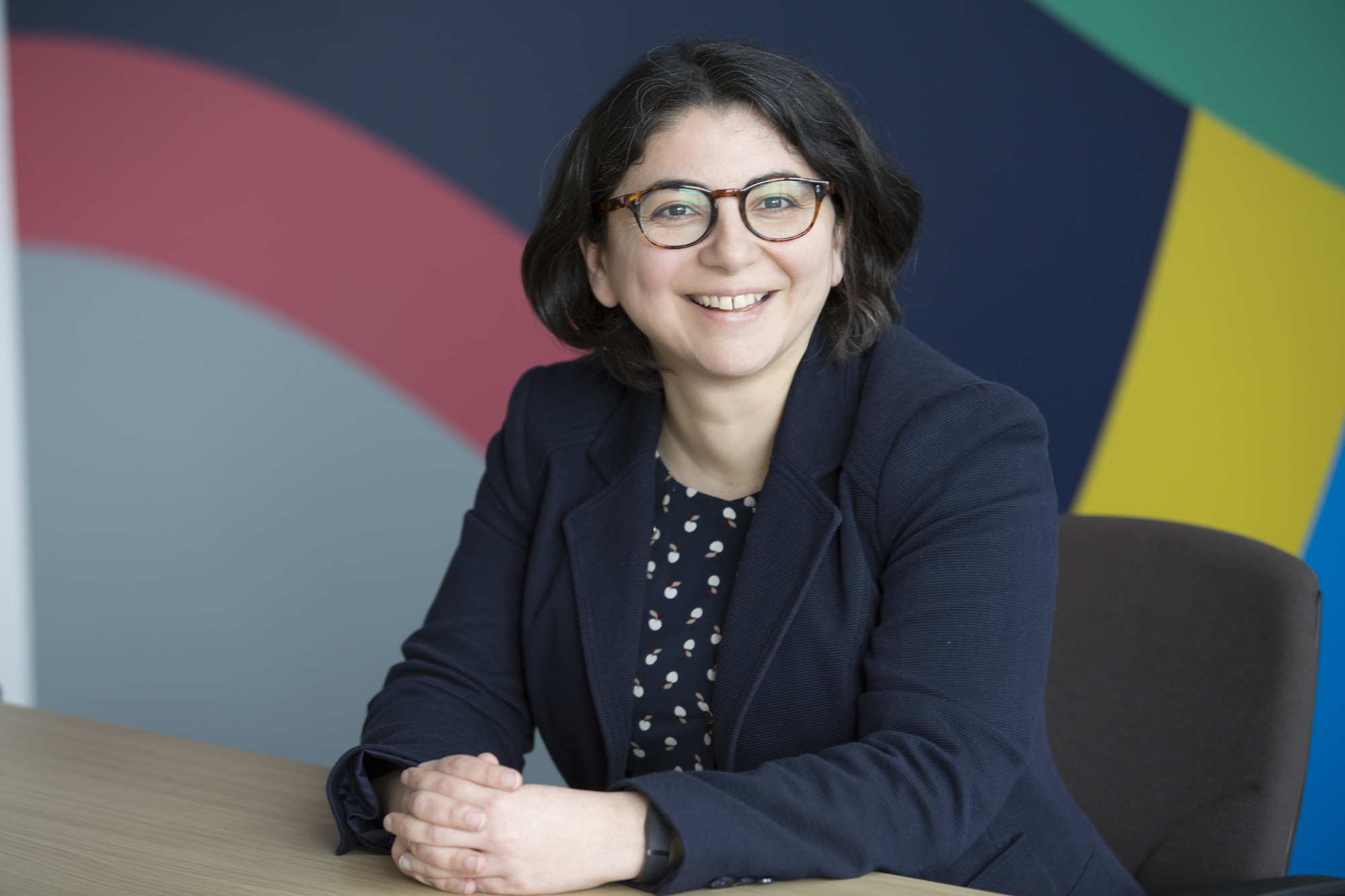 My father was a big influence on me when I was a child. We were both bookworms, and he was the one who introduced me to technology – always bringing home the latest gadgets. It was when he signed up to the Basic programming course as a hobby that he bought the first family computer, a Commodore 64.  I remember it wasn’t long in the house before my brother and I claimed his beloved new toy for gaming, though I also enjoyed the programs I found in my father’s Basic book, which turned a list of code into something magic onscreen.

I was good at science and took computer courses at school, but my earliest ambition was to be an interpreter rather than an engineer or scientist. I loved languages and wanted to turn my passion into a career. But, thanks to my father, I ended up working in STEM. He sat down with me one day and showed me how well I was doing in all my science subjects. He pointed out how much I enjoyed solving problems and suggested engineering might be a good option for me. I decided to take the national university placement exam with a focus on STEM, and I’ve never looked back.

I was very ambitious when it came to my studies and aimed for the top. I applied to all the best universities for electrical and electronics engineering, computer engineering and computer science. I managed to secure a place studying Control and Computer Engineering at Istanbul Technical University. I had no clue what a control and computer engineer even did, but I figured I would have four years to find out!

Studying at a technical university turned out to be very different from what I was used to. I graduated from an all-girl high school so it was bizarre to find that 80% of my university class was male. (To my surprise, I later learned that 20% female cohort is actually a high percentage in computer science.) However, I have fond memories of my time at university; it was hard work but a lot of fun. I was lucky that there was a good balance of genders across the teaching staff, and I think my initial interest in an academic career started there. You can’t be what you can’t see.

I continued my studies in the USA on a Fulbright scholarship and was taught by both female and male professors at the top of their fields. Although the number of female graduate students was meagre, I was part of a community that worked hard to make things better. One initiative was allowing pregnant Ph.D. students to pause their studies while they had their children to help them balance their life and career.

Starting a family was a step I have delayed for a while because I worried it would be career suicide. Thankfully, Nominet has made it easy for me, and I am now back at work after having my first baby. My husband and I make it work because we are both able to work at home for a portion of each week. Agile working also allows us to change our schedules to cope with unexpected events. This should be standard practice for both men and women to promote equality in the workplace.

It’s not all good news; I have definitely experienced discrimination because of my gender during my earlier career. A male project partner dismissed all my program code without even testing it. Another always presented his ideas as his own but my ideas as ‘our’ ideas. In a lab course, I ended up being the only female and nobody wanted to be my partner. When working as a researcher, I remember being extremely frustrated when, during a major conference, a male researcher only wanted to speak to the male author of our paper, even though I was the one who could answer his question.

I talk about these things because discrimination happens, and silence won’t solve it. This industry has fantastic people in it, but it also has some bad apples. As a woman, grit can end up being a more important skill than knowledge, but along the way you will always find people, both female and male, championing you and your work. I always remind myself that our female presence enriches this industry.

I have never been aware of being paid less than men, but companies are not transparent about how they pay their staff – they should be. I don’t agree with pay being based on negotiation skills. This process can disadvantage women, who are sometimes less comfortable with negotiating forcefully. But, if we must negotiate, we should carefully consider how our capabilities, experience and strengths serve our organisations and then not shy away from asking our true worth.

Would I have been happier as an interpreter? I’m lucky because my computer science career has taken me all over the world. I have picked up new languages and am continually interpreting between my Turkish and Belgian families. I have no regrets: my career has been one of the best choices I have ever made. I wholeheartedly recommend it in fact!

Read more from our women in tech.