Are women in tech an endangered species? 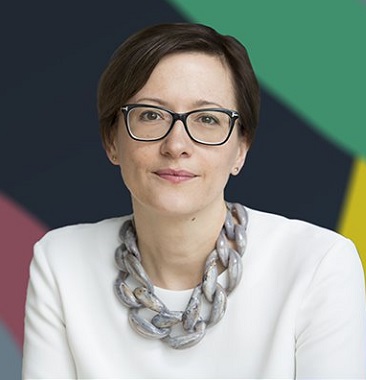 International Women’s Day on 8 March offers a good opportunity to look at why less women are choosing to work in IT and what we can do to help.

I’ve been working for a technology company for two decades. In that time, the development in the internet sector has been vast and exciting, and yet the number of women joining me in this industry has dwindled. In the past fifteen years, the percentage of females in IT has fallen, with women currently making up just 16% of the workforce. More alarmingly, this percentage is expected to drop to a mere 1% in 2020 if the trend continues.

I am privileged to work with many talented women and men but if this trend continues our workplaces will be considerably less diverse and interesting places to be. Experts suggest closing the gender gap could be worth approximately £600 billion to the country’s economy, providing the government with a strong incentive to attract more women into industries where they are underrepresented, one of which is the tech industry. Efforts are already being made on a national scale, with plans for a new computing curriculum for schools and an upswing in after-school coding clubs to offer young girls opportunities to access technology from an early age.

GCHQ is getting on board too, with a new contest for teenagers to ‘inspire and encourage young girls to consider a career in cyber’, while regional organisations such as Liverpool Girl Geeks are enthusiastically banging the drum for women in tech, running courses and workshops for young people regionally.

So much of the work to tackle the gender disparity targets young people, as there is a general acceptance that the lack of women in digital industries is due to gender stereotyping from a young age – and this extends more widely into the STEM (science, technology, engineering, maths) industries.

Somewhere during their journey from birth to adulthood, girls are being dissuaded from pursuing courses or careers in the STEM industries, although the exact reasons are unclear. Research has shown that girls as young as six years old dissociate themselves from ‘brilliance’ and subsequently avoid many of the options and careers linked to the notion (including STEM fields). There has also been a suggestion that young girls feel pressurised to perform and therefore lack the confidence to try challenging topics like technology. Why?

Parents and teachers carry huge influence, but the main challenge is overcoming the wider societal issue of how women are represented and viewed, and the career expectations placed upon them by their gender. For example, there was uproar when Engineering Barbie was released, with cries of ‘sexism’ despite intentions being the exact opposite, and much surprise when the real-life Q (a gadget whiz from MI6 depicted in the Bond movies as a male) was revealed as being female. Why should we be surprised? The reaction suggests that our society still struggles under pre-conceived ideas about what roles women are capable of taking on.

Changing a societal norm and expectation is a long and lengthy process, but we can all play a part to support it. As a woman working for a technology company, I try to be visible in my role – in the words of Marian Wright Edelman, “you can’t be what you can’t see”. As a company we promote our roles to women and men equally, taking pains to emphasise the diversity of jobs available in a company like ours and we’re also exploring the area of unconscious bias in our recruitment.

There should also soon be lots of research to help better understand the issue and where it starts – the Open University is working on a project in India, where attitudes towards women in the IT sector are very different to ours. Internationally, Melinda Gates has vowed to invest US$80 million to collecting reliable data on the issue to inform initiatives to attract more women to tech roles.

It also helps to talk about it, and the media interest in the issue will only help inform the public discussion and educate parents, teachers and young people that gender is not a barrier when it comes to pursuing a career in STEM industries.

We may have to be patient – it will take over a decade for the six-year-olds of today to start applying for jobs in tech – but let’s hope we are witnessing the beginning of a tidal shift to lessen the gender disparity and, more generally, help meet the rising demand for talent in an exciting, evolving industry that is growing exponentially.